Who are the Sirian people? The Sirians are extraterrestrial beings from Sirius A and Sirius B, both of which are Sirian star systems. You can see these stars with the naked eye, or telescope in Earth’s night sky. Sirius is 8.61 light years from Earth, so relatively close in Galactic terms. The vast majority of the Sirian Race is of a positive polarity and their energy and frequency is ancient, wise and protective. The Sirian Race has helped Humanity over the years, by sharing technology which helped to construct the pyramids around the world, remains of which still exist around the world to this day. 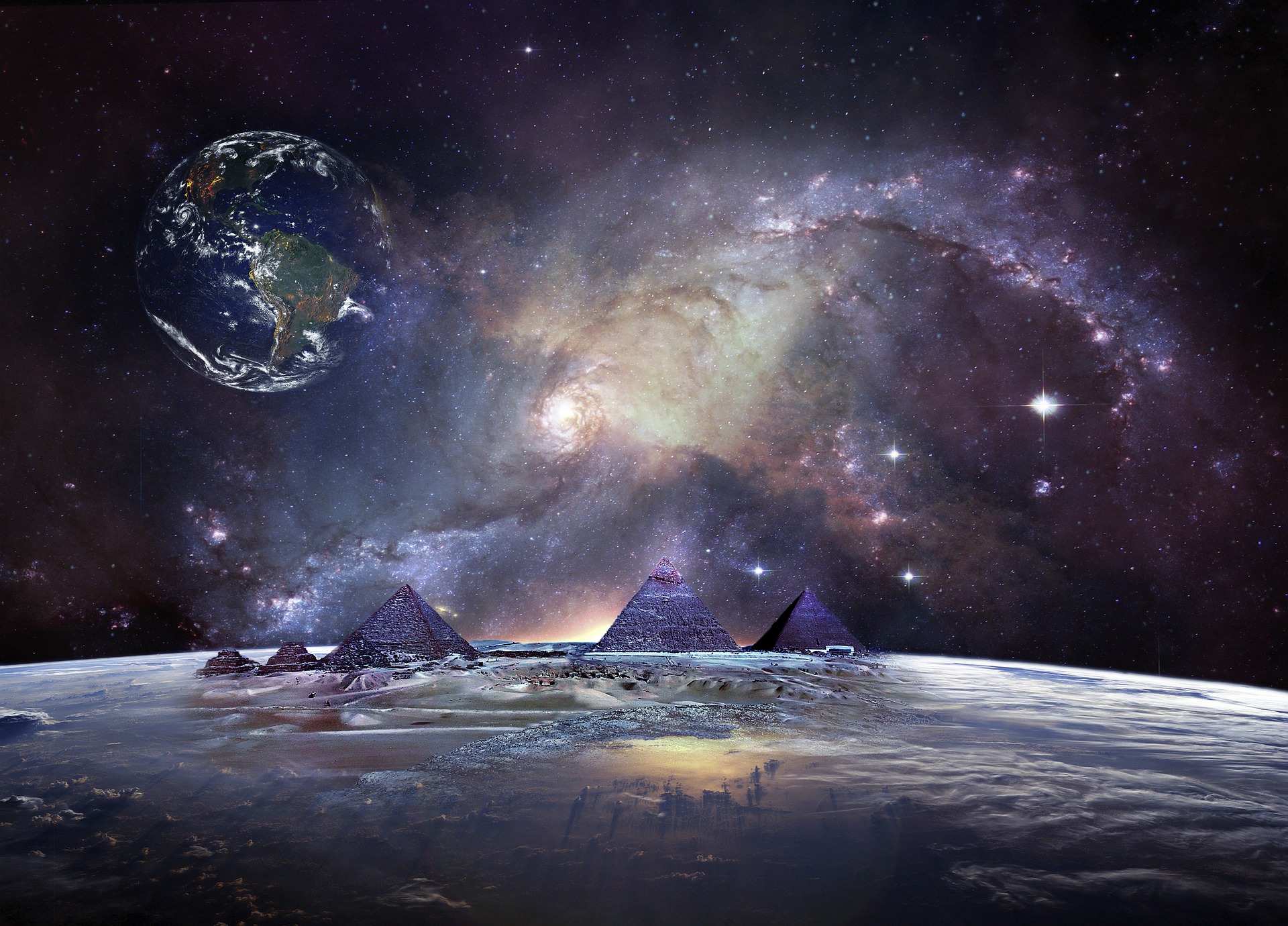 Sirians from planetary systems of Sirius A and Sirius B look very similar to our depictions of a typical E.T., albeit contrary to the image pumped our by popular media, they are soft and friendly. The Sirians are short by our human standards, as they are only around 4 feet tall. They have grey smooth skin and the temperature of their blood is cold. The Sirian beings have elongated black eyes and elongated heads (craniums). They have only four digits on each hand.

To our human naked eye, each Sirian Being would appear identical, however there are subtle differences to their skin, which designate gender, position, specialism and even rank. All of which is immediately obvious to Sirian People at a glance.

Beings from Sirius all share very similar character and (dare I say) personality traits. When compared to other Star Races, they would be considered very serious, focused and intense. They are extremely technologically advanced and although they are of a positive polarity, they are the least trusting of any Race of Light Beings I have encountered, always checking my consciousness with scans before allowing a cerebral, conscious connection.

They embody the frequency of ‘there is always room for improvement’ and they perpetually seek new discoveries. They reside on fleets of spacecraft and also on Sirius, a Starseed from the Sirian Star System will often find that they share the same frequency and energetic gridwork, where they love systems, spreadsheets and order, often driven by a need to improve as much as possible.

The Sirians are highly conscious beings and can effectively and effortlessly communicate either telepathically or verbally and they can read minds. Interestingly, they are also extremely protective of the females in their species. Female Sirian Beings reside on their planet and they look after and nurture the younger Sirianss and infants. The male Sirians also reside on the planet but are more often found operating their Race’s star fleet, outposts and command centres.

Contrary to widespread popular belief, there is no direct connection to The Sirian Race and animals as far as I’m aware. My consciousness has never encountered a Sirian being in the presence of animals, whilst for example I have been shown the connection between animal-like creatures and the Arcturians, the Andromedans or the Lyrans. The Sirian Race feels almost ‘businesslike’ when my consciousness has met with them. The vast majority of Sirian Beings and Sirian People are of a positive polarity and as such they are working towards the greater good, both of existence in itself and also that of The Sirian Race in general.

What is the Sirians’ mission?

The Sirian Race strives for improvement, discovery, order and advancement, they have a thirst for knowledge and they are very well educated and researched. Their core mission and values is to further the Sirian Race, technologically, medically, scientifically and culturally. I would like to say that beings from Sirius strive for perfection, but Sirian Beings have a wider perspective where they realise that perfection is impossible, as “there is always room for improvement” (that could be the strapline of Sirian Beings). Are you a Sirian Starseed? Check it

Quite often Sirian Starseeds could be considered to be intense, very driven, studious with a thirst for knowledge. Sirian Starseed characteristics include a love of ‘order’ and systems. They can never rest on their laurels and relax, as there is always so much to do, learn, discover and research. There are also many things to improve and make more efficient.

Due to this energetic gridwork and frequency that Sirian Starseeds carry with them, they are often highly intelligent and high achievers within a corporate and career environment, although Sirian Starseeds can often feel socially awkward and they find it difficult to relate to others who are not on the same wavelength as them.

From me experience of giving Starseed readings and working with many Sirian Starseeds as a coach and mentor, I have noticed that many of them are very consciously gifted with healing, telepathy and other abilities that would be considered supernatural by many.

Are you a Sirian Starseed?

Have you had an experience with the Sirian Light Beings?

Channelled Message from the Sirians:

Sirian Light Language for Self Love

Sign up to to get every Channeled Message to your inbox

How to channel Light Beings?

The Arcturians: “You will get an opportunity to meet with us physically”

How to Open Your Third Eye Chakra for Spiritual Awakening

How to channel Light Beings?

The Arcturians: “You will get an opportunity to meet with us physically”

How to Open Your Third Eye Chakra for Spiritual Awakening

Awesome!
See you in your inbox!